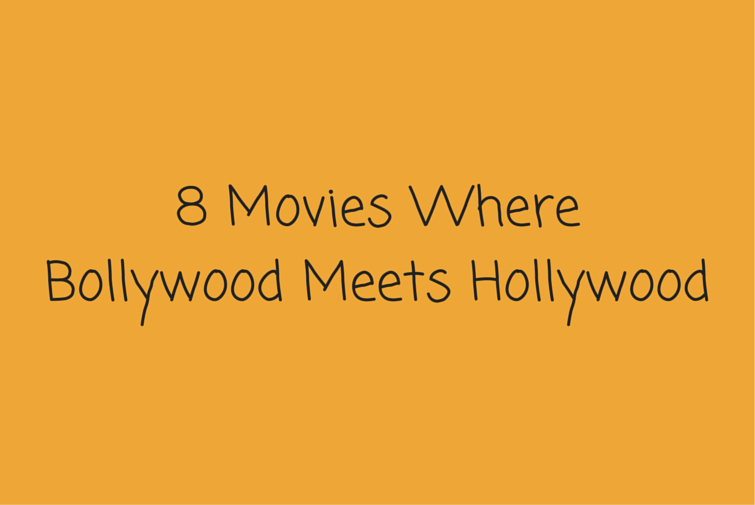 We love a good Bollywood movie, all three hours of beautiful costumes, singing, drama and action. Of course, when Bollywood meets Hollywood on the big screen we are also the first in line to watch. We thought it might be fun to look back at some of our favorites and share them with you all.

1. 100 Foot Journey
The most recent was 100-Foot Journey, a must for any foodie. The story follows the Kadam family as they leave India for France where they open a restaurant directly across the road from one of the most famous restaurants in France. The movie has a well-known cast with Om Puri, Helen Mirren and Manish Dayal.

2. Hollywood Bollywood
Based out of Canada, Hollywood Bollywood stars Lisa Ray and Rahul Khanna. It’s a fun, family movie that also deals with some of the social issues and stereotypes that Indo-Canadians often deal with. There are also a few great song and dance numbers, in true Bollywood fashion.

4. Bend it Like Beckham
We loved this story of an Indian girl raised in a strict Sikh household in London. Her parents just want her to be a good girl and get married, but all she wants to do is play soccer!

5. American Desi
This movie is about Krishna Reddy, an Indian-American who’s never really cared about his Indian heritage. Once he goes to college, his Indian roommates and a beautiful girl make him re-evaluate.

6. Water
Written and Directed by Deepa Mehta, Water takes a look at the plight of a group of widows in India, forced into poverty because of their status. Although this movie is in Hindu, I squeezed it in because it does have English subtitles and the movie makes a real impact.

7. Dr. Cabbie
An Indian doctor comes to Canada but red tape won’t let him practice, so he has to drive a cab instead. However, he can’t let go of this medical background so he begins to illegally treat patients in his cab. Enough said.

Which is your favourite Bollywood/Hollywood crossover movie?